Do you know that the owner of Toyota spells his name differently? Did you also know that Toyota’s influence has changed manufacturing processes worldwide? Or that Prius is not Toyota’s only hybrid vehicle?

Owning a Toyota means owning a product from one of the most forward thinking companies in the world! What else don’t you know about Toyota? Here are the top 10 things Toyota owners should know:

10. The Toyota family name is spelled Toyoda. Toyota was created in 1936 by Kiichiro Toyoda. His father started and owned Toyoda Automatic Loom Works, Ltd. As you can see, the family name is spelled with a “d”. Why was it changed? Kiichiro Toyoda was moving resources from his father’s company and wanted to keep the company name involved. He held a contest to create a logo for his new company that drew in 27,000 entries! The winning logo spelled the name “Toyota” in a stylized form of Japanese writing. The change in spelling made Toyoda a softer word and easier to say. It’s also a lucky symbol in Japanese — eight is a lucky number, and the change in spelling also changed the company name to eight brushstrokes. It has also been suggested that the change distanced the new car company from the loom manufacturer in case it failed. Eventually the original logo was changed to the current stylized “T”. According to Toyota, the current logo is made of three overlapping ovals that symbolize the unification of the hearts of their customers and the heart of Toyota products on the third oval that symbolizes the blank canvas of technological advancement and boundless opportunities.

9. Lexus is Toyota’s luxury brand. In 1983, Toyota began planning a luxury brand. It took 6 years for the company to fully develop its new luxury line. It debuted with the Lexus LS in 1989. The LS went by the name F1, which was short for Flagship 1. It took 400 prototypes, 24 engineering teams, 60 designers, and Elli Toyota’s determination to build “the world’s best car” to bring the LS to production. The idea was to create a luxury vehicle that could compete with the German luxury vehicles. Each vehicle produced must meet 500 precise standards, known as the “Lexus Musts”, before it’s approved to leave the production line.

8. Combined Toyota and Lexus offer 16 hybrid models in the US. Toyota and Lexus offer 33 different hybrid vehicles worldwide. In 2001, Toyota released their first gas/electric hybrid, the Prius. In Latin, the name Prius means
“to go before.” Toyota used revolutionary technology to create the Prius. It has both a gas and an electric engine that are connected with a gearbox called the “power split device.” When the car starts, the power split device allows the generator to start the electric engine – which runs alone up to 15 mph, then the gas engine starts. There’s no need for a starter or a traditional transmission since the power split device acts as a continuously variable transmission. The Prius hybrid also never needs to be charged. When you apply pressure to the brakes, the generator is used to recover energy normally lost in braking and stores it in the batteries to run the electrical systems. Currently, Toyota has 11 hybrid models, including the Rav-4 and Camry, and Lexus has 5 hybrid models, including the LXh and EXh. 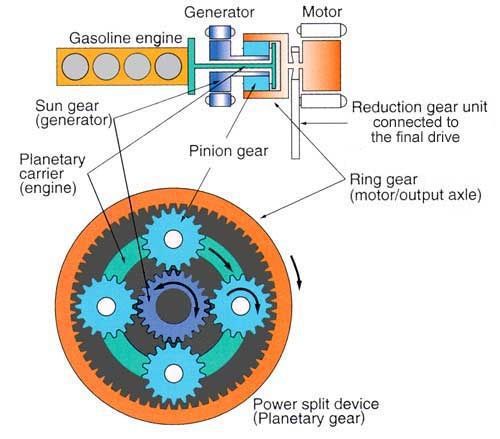 7. Toyota is dedicated to the environment. In addition to having so many hybrid vehicles, Toyota has reduced their annual water usage by 99.8 million gallons. That’s equivalent to the amount of water used by 900 families in a year! In 2015, they reduced, reused, and recycled 96% of their non-regulated waste. In 2016, Toyota was awarded the Energy Star partner of the year from the US EPA for the 12th year in a row.

6. Toyota holds over 250,000 patents. Not only do they hold 259,537 patents, they have 941,418 patent applications. For three years in a row, Toyota has been in the top 300 organizations granted US patents. They are also the only auto manufacturer in the top 20 patent awardees that consists mostly of tech companies like Apple, Google, and Microsoft.

The most recent Toyota patent was for creating a cloaking device! The cloaking device uses a lot of strategically placed mirrors to bend light around solid objects. If used, it may be able to allow drivers to see around blind spots such as pillars. Toyota is dedicated to using technology to make driving safer and more comfortable.

5. Toyota has changed the entire manufacturing industry. Just as Henry Ford revolutionized the auto industry with the assembly line, Toyota has revolutionized the entire manufacturing industry using what they call the Toyota Production System. Part of the Toyota Production System (TPS) is called “lean manufacturing.” Lean manufacturing focuses on reducing waste in any form such as physical waste, wasted movement, and wasted machinery. Another part of TPS is having an inventory system that reduces overall inventory and waste by having on hand only what’s needed. These concepts have been applied worldwide to areas outside of manufacturing such as retail, healthcare, service industries, and even government.

4. Toyota is local! Toyota’s North American Research and Design Headquarters is located right here in Ann Arbor! The Toyota Technical Center – Ann Arbor Campus is located on 100 acres off Green Rd. and includes 500,000 square feet of lab space. The facility focuses on parts, materials engineering and evaluating parts. It also contains the Toyota Research Institute that conducts advanced auto research, which means that the projects there are top secret! The Toyota Technical Center – York Township Campus is located on 700 acres near Platt Road and Willis Road. The Technical Center contains 530,000 square feet of lab space and is involved in crash and safety testing and vehicle design. The 3 facilities combined employ about 2,000 people. In addition to providing jobs, Toyota has donated over $200,000 to local organizations including Meals on Wheels, Ypsilanti Consolidated School District, and Growing Hope.

3. Toyota is reliable. Toyota and Lexus have some of the highest reliability rankings among consumers and experts. JD Power has given Lexus the highest vehicle rating 6 years in a row! This year, Toyota has received 10 of the 18 JD Power reliability awards, which is the highest any company has ever received.

Consumer Reports uses consumer input to determine over time which vehicles are the most reliable. Toyota ranks the most reliable and Lexus is the second most reliable according to actual owners. Toyota has succeeded in creating two brands that compete, and beat, the Germans in reliability! 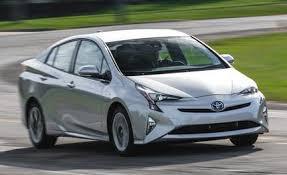 2. Toyota values passenger safety. The National Highway Traffic Safety Administration (NHTSA) rates crash-tested vehicles using 1 star as the least protection available and 5 stars being the most protection available. Toyota has received the highest available 5 star rating from the NHTSA. They also received top awards from the Insurance Institute for Highway Safety (IIHS). Toyota and Lexus received Top Safety Pick + on 9 different vehicles. The IIHS found that during a crash, the driver was protected by the airbags and other safety features with only a low risk of significant injury.

1. Lexus and Toyota Service in Ann Arbor! Our ASE Certified technicians are experienced in Toyota service and we stand behind our technicians’ qualifications with a 2-year unlimited mileage warranty. We offer the complete customer service experience including friendly and approachable staff, complimentary loaner vehicles, complimentary shuttle service to the Ann Arbor area, and a hand car wash with every service. When your Toyota or Lexus is ready for service, call us at 734-761-1088.